A Word About Ali Express

aliexpress.com has been described as the Chinese eBay in that you can buy anything at a bargain price – the main difference is that Ali Express has a lot of “knock-off” or unlicensed products.  For example you can get this Famicom cart for less than US$5 including shipping from hundreds of resellers though most of them appear to be made by sindertech.com.  If you check the list of games that are on this cart you see games you never knew existed like Mario 10 – that’s because they don’t exist – they are likely to be standard Super Mario Bros. but hacked to start at world 3-1 or a standard game with the sprites changed so you play as a penguin.

Having said that – if you want a cheap source of games they are worth while.  Perhaps only 10% of the games are originals but that’s still good value for the ridiculously cheap price.  These carts are available in the Famicom or NES variants and they also provide the facility for you to design your own cart.  If you want a NES cart with ALL the Marios on it then they can do it.  If you want a particular NES cart for you collection and can’t find it they can create it for you including label and box art.

As well as 8bit Famicom/NES titles they have many Mega Drive titles available.  Some are copies of legitimate titles and others are modifications like this: 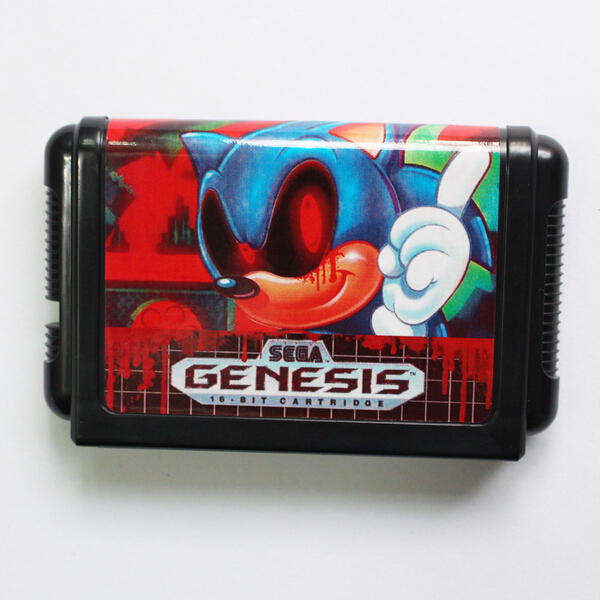 They also have hundreds of GBA titles available.

If you’re looking for legitimate titles for your collection then this isn’t for you.  If you have bought a Famicom or got the Famiclone that we are giving away with 2016 membership then this is a cheap way for you to get games for it.